There are numerous banks in Belfast city which cater for both tourists and residents.
The vast majority of the banks in the city of Belfast are open from Monday to Friday between the hours of 9.30 am to 4.30 pm.

Amongst the many different banks are the Northern, the Ulster, First Trust, Alliance and Leicester, and the Halifax bank.

Some banks including the newly opened HSBC are also open on Saturdays (even Sunday as well) As like all major cities Belfast has numerous cash point machines distributed throughout the city centre, suburbs and at all the shopping centres. 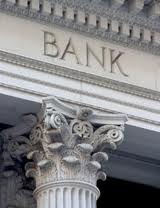 Footnote;In Dec 2004 the Northern Bank headquarters in Belfast’s Donegall SQ West was a victim of the UK’S largest ever bank cash robbery with 26.5 million being stolen.

The current economic climate has seen a large downfall in the share price of banks worldwide and Northern Irish banks have not escaped this.Some banks such as the Ulster Bank have made millions of pounds of losses due to falling property prices and loan defaults.Hopefully the rest of the “average joe” customers will not end up shoring up these financial losses.

Also we have enquiries about opening hours of other bank branches, including the First Trust in Northern Ireland.

Drop us a line and we will do our best to supply you with the latest most up to date bank opening hours in Belfast.

You can also use our mail id to share your opinions and ask any questions on this article.